Shuri, which prospered as the royal capital of the Ryukyu Kingdom that lasted from the 14th century to the 19th century, was inhabited by royalty and samurai classes, and a variety of dyeing and weaving cultures that were suitable for the center of political culture blossomed. During the royal era, clothing was mainly made by each household. Weaving is considered to be the most important culture for Shuri women, and it is required to weave excellent textiles.
“Shuri textiles” have been handed down from generation to generation, centered on women of the upper class and samurai, including the queen. 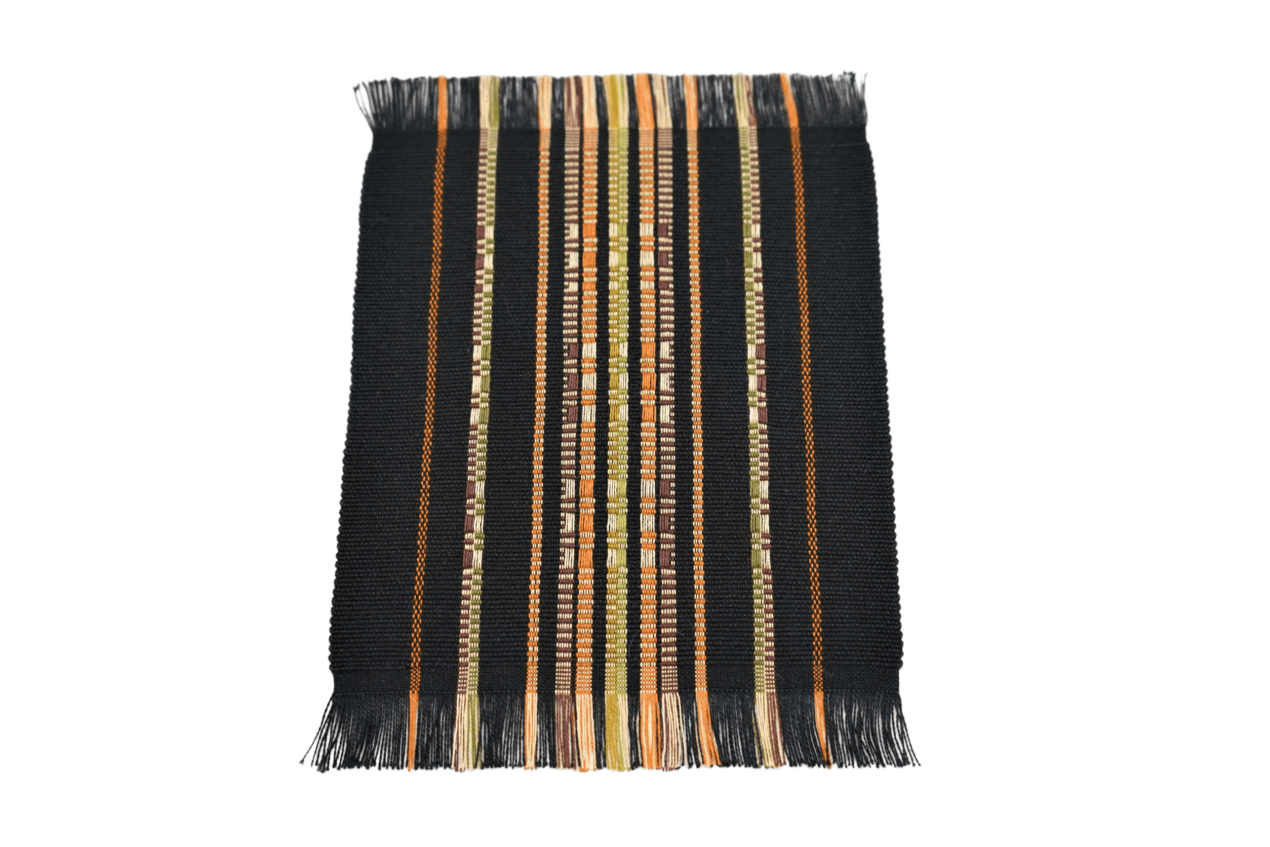 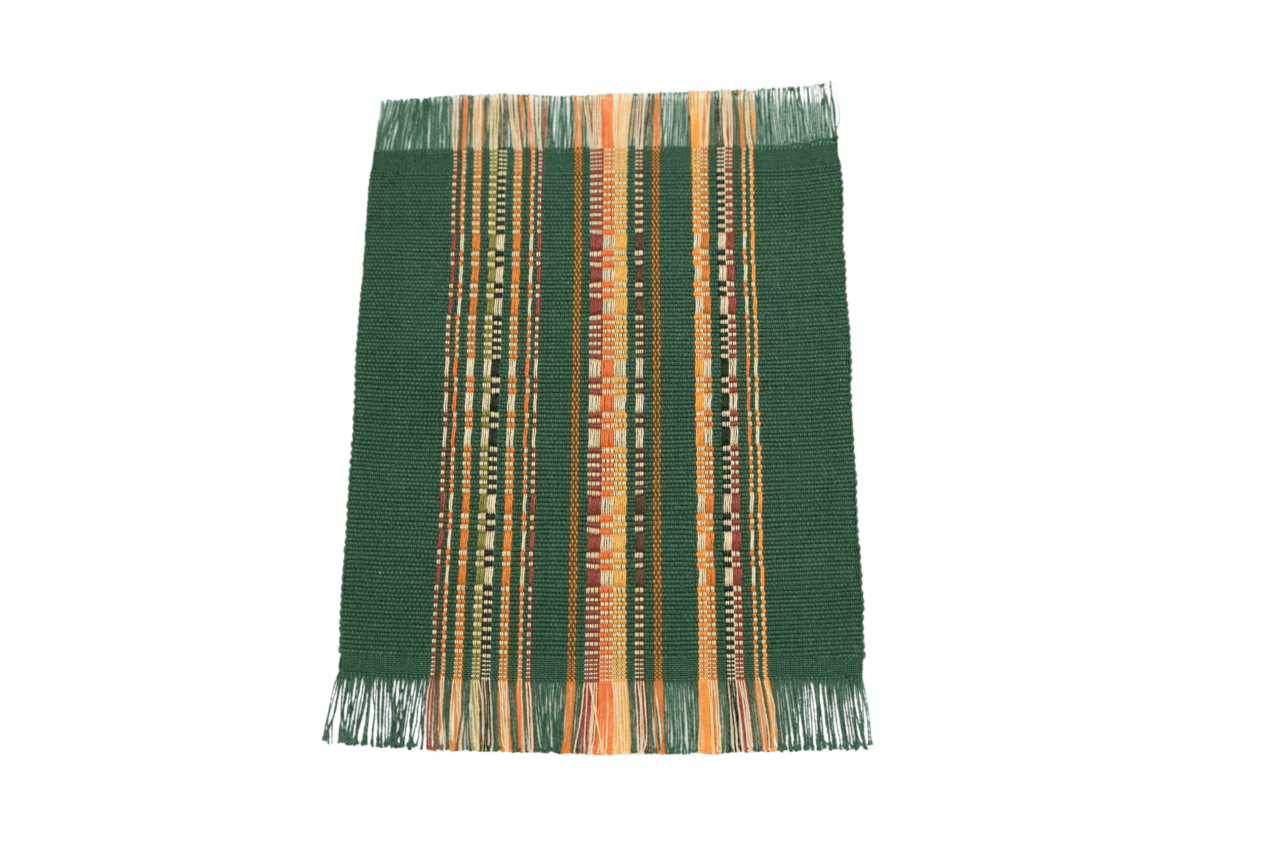 Certification as an intangible cultural property

Shuri textiles have been certified as an intangible cultural property by the national and prefectural governments.
・首里花織
・道屯織
・花倉織
・ 諸取切（むるどぅっちり）
・手縞（てぃじま）
・煮綛芭蕉（にーがしばさー）
・花織手巾（てぃさーじ）
It is said that there is no other example in the wide variety of textiles handed down in one area, such as the seven representative species.

The background to the establishment of such a dyeing and weaving culture is the historical relationship with foreign trade from the 14th to 15th centuries and the countries of China, Japan and Southeast Asia, which are located on the seas of East Asia. The Ryukyu Kingdom focused on textile policy and actively introduced textile techniques and raw materials from overseas. Okinawa, which belongs to the only subtropical climate in Japan, is made up of 160 beautiful coral reef islands of various sizes, and is also a region rich in plants that are hot and humid and are the raw materials for dyed textiles.

It is presumed that around the 15th century, the Kasuri technique originating in India was transmitted via Southeast Asia. Okinawa’s unique “hand-knotted Kasuri” method was also devised, and many Kasuri patterns were woven from familiar life such as nature, animal and plant motifs that reflect the climate of Okinawa. Okinawa Kasuri has an influence on the Japanese Kasuri production area and is considered to be one of the roots of Japanese Kasuri.
Around the same time as the introduction of Kasuri, southern crest weaving techniques were also introduced from Southeast Asia, but the royal government introduced advanced crest weaving techniques from China twice since the 17th century. While Kasuri was woven in rural areas, the Chinese pattern weaving technique was dedicated to the royal, aristocratic, and samurai classes in Shuri, but it was passed on to the regions after the abolition of the rank system by the abolition of the feudal clan in the Meiji era.

Fibers and dyes were introduced along with the technique. In ancient times, native ramie and basho fibers were used, but cotton, silk, and paulownia wood were imported from Japan and China by trade. The combination of these natural fibers and the two major techniques of Kasuri and crest weaving has greatly developed Shuri’s textiles. The characteristic of Shuri textiles is their vivid colors. The blue color is dyed with Ryukyu indigo, the yellow color is dyed with various plants such as Fukugi and turmeric, and the bright yellow color is exclusively for royal families and aristocrats under the influence of China.

The current Shuri textiles do not have a division of labor, led by the Living National Treasure (Hatsuko Miyahira), and continue to maintain a small-lot, high-mix production form in which all processes are carried out by consistent handwork. There is a lot of demand for Shuri textiles, which have continued to inherit traditional techniques and develop creative works, and kimonos and obi are highly evaluated both inside and outside the prefecture.

In search of beautiful coral reefs and nature, more than 5 million tourists visit each year. In order to meet the demands of these tourists, we are also working on the development of new products such as interior goods and ornaments that are in line with the times.